Why is Localization Important for the Gaming Industry 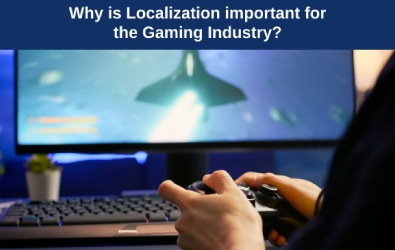 Why is Localization Important for the Gaming Industry


From Discord to Twitch, the rise of streaming platforms has been instrumental for the growth in the gaming community. Gamers from all over the world can stream for free and earn recognition based on their skill. Beyond gamers, it is the games themselves that have evolved to cater to a global audience. Be it “Fall Guys” and “Among Us” or story-based games like “Uncharted or “Life is Strange”, these games appeal to all audiences because of a simple business decision of the game developers - Localization.

What is Video Game Localization?

Video game localization happens when game developers partner with professional game translation companies to ensure the game gets popular in the international market. The different stages of video game localization include video game translations, linguistic processes, and internationalization. Every aspect of the game is put into different localized contexts and it is ensured that language options available for the audience are plenty.

One can consider game localization a success when the end consumer, i.e. players, cannot tell if it was designed in English, Polish, Spanish, or Japanese. As contradictory as it may sound, the best localization is the one that players don’t pay attention to (as most of the time, users stumble upon speech oddities that ruin the game immersion). It’s about linguistics, language intricacies of both target and source language, cultural references, and being in the know about the gaming world. That’s why it’d be a good idea to entrust your game localizing process to a team of professionals.

Here are a few benefits of Localizing Games -

While a better part of the world speaks and understands English, an English game would only reach about 25-28% of the entire gaming market. Thus, your product is limited to a fraction of the industry. To reach out to more gamers and boost up your sales, you will have to localize your game to offer to the major cultures across the globe. You can improve sales if you have a hugely popular game across major world languages .

When you have your game available in different major local languages, you gain better control and prevent ROM hacking to improve overall user experience. However, localization has to be made an integral part of the game development process for you to achieve the desired results.

The gaming industry is highly competitive. With over 2 million gaming apps in-app store, you have a large market to beat, and localizing your content will give you a competitive edge over other products. If you do not take advantage of video game localization to break-even, another competitor may take over your market share in the industry.

If you are looking to take your gaming project to the next level, then you need to increase the downloads, and for that, the game has to be localized to reach out to more target regions.

Localizing your video game shows you have your audience in mind. Developing a video game that matches the audience’s culture allows users to flow with the story and be involved in it.

Video games evolved over the years to allow users to choose their best experiences. When your audience can relate to the dialogues on a personal level, it is easy for them to choose their own story, their best characters, and gameplay. Such a high level of user satisfaction is experienced only when video game project is localised.