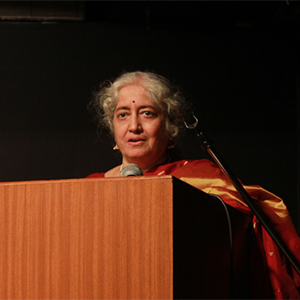 In 1974 she shifted to Pune, and joined Kirloskar Consultants (a company from the Kirloskar Group of Companies) and under the able guidance of late Mr. S.L. Kirloskar, started the Department of Languages heading it as the Manager.

She worked with them for 5 years holding this senior position in the same discipline. She completed a number of assignments for leading commercial and industrial units in both public and private sector throughout India on behalf of Kirloskar Consultants. She also spent a considerable time overseas dealing with foreign businessmen negotiating contracts, legal proceedings etc. While working with Kirloskars, she attended a National Conference of Interpreters and Translators organized by INSDOC, New Delhi.