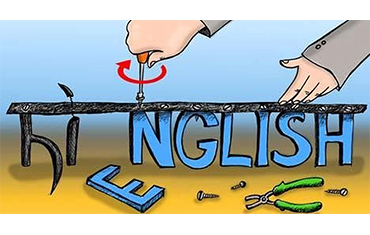 We regularly provide translation into various Indian and international languages. Indian clients often demand multiple rounds of changes and modifications to the translation provided, more so if they know the language themselves. Of course, the market forces are huge influencers too. We have to consider that Indian languages have not developed much with times and thus most English words are used as it is in our languages, only written in our scripts – e.g. मोबाइल, इंटरनेट - even if such words exist, they aren’t used much.

We recently translated marketing material for waste water treatment plant from English into Hindi- as usual we got it translated from a native Hindi speaker from the Hindi speaking belt of India.

After submission, the client required many changes to be made. Regular words that are used by Hindi speakers like मल for sewage water, प्रथम व द्वितीय श्रेणी के नगर for class one and class two cities, तकनीकी for technical were replaced and the English ones were to be used. This might be a real life example of Hinglish in India .. however the reason given by the client was quite understandable .. the document was supposed to reach not only the north Indian states where Hindi is spoken as a mother tongue, but also to other parts of India where Hindi is understood, like the southern states. Such language or ‘jargon’ should we say, is easily understood throughout India in office locations and by decision makers... It can also be easily understood by city dwellers but not by villagers and those from the hinterlands of India. And hence the usage of Hinglish ..

But all said and done, what does this do to our own languages where even very common and easily understood words will go out of circulation due to Hinglish?