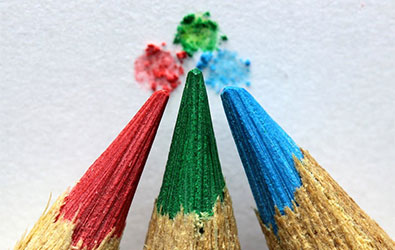 According to Wikipedia, ‘Transcreation is a term used chiefly by advertising and marketing professionals to refer to the process of adapting a message from one language to another, while maintaining its intent, style, tone, and context.’

This basically means taking a concept from one language and completely recreating it in another language. The main goal of transcreation is not just translating from one language into the other, there are many aspects to it, resonating with the intended or the target audience being one of them. While translation is done on a more stringent and controlled level, transcreation requires a deep understanding of the culture, society, norms, and livelihood of the target group.

Translation requires one to be faithful to the document, maintain consistency and be correct. Transcreation can be a risky business where one is compelled to be as creative as possible, bold, and of course original. This is where creative writing as an expertise of the translator comes into play. This is where translation needs to be taken to the next step giving birth to transcreation. One might also say that transcreators provide transcreation services along with copywriting and creative writing.

Fluency in a foreign tongue and an in-depth understanding of one’s own language doesn’t automatically qualify someone to translate ortranscreate. They must have conceptual and linguistic dexterity too. Clients usually want to preserve the ‘feel’ of the original text, and this calls for someone who has an intimate knowledge of the source and target language and culture.

The aim of the game with transcreation is to get the same reaction in each language, something that translation won’t be able to achieve. Transcreation is focused on conveying the same message and concept in a new language and thereby making an impact on the audience. Transcreation enables translators to inject their own creativity and cultural knowledge to create content that will speak to the audience.

Some things simply don’t translate when you take your brand overseas and this is where the transcreation services you choose can make or break your international marketing efforts. Coca Cola creative translation campaign put common names on the cans and bottles for customers to buy and it turned out to be a massive hit throughout different markets. On the other hand, while localizing their product, Puma launched limited edition trainers in the colors of the United Arab Emirates flag and managed to insult the whole country with this move. It sparked anger among a major section of the Arab community, who see the flag colors on footwear as an insult to a nation. (There’s a cultural history of associating the feet and anything that touches the floor as being unclean in the UAE.)

An impactful transcreation or creative translation is not always easy. One wrong move and you might just end up upsetting a whole nation. Transcreation is the thin line that differentiates brands that are successful globallyfrom those that struggle to break out of home territory. Transcreation is going beyond language towards ‘feel’.