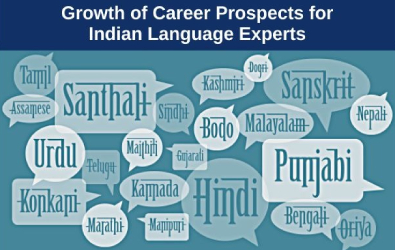 India, being the largest democracy, has become an ideal place for businesses to thrive and also to cater to the largest emerging markets in the world. At the same time it is a place where 90% of internet users are non-English speakers who consume local language content. Hence, language localization for website contents and apps became a necessity

According to a report published by Economic Times, in 2017, Indians downloaded 12.1 billion apps in their mobile phones which surpassed the number of app downloads in the US. With the increasing smartphone penetration and low cost data plans, internet became accessible to majority of Indians - this directly promoted an increase in regional content.

From Instagram to YouTube, localised content and influencers became very popular. Regional shows started being accepted into mainstream media. It is not just affordable high-speed internet and smartphones, but also increasing digital literacy among Indians which contributed to the growth of Indian language internet users.

Earlier, when only English language content was available on the internet, project opportunities were restricted to English speaking Indians. English was quasi mandatory for everyone to learn and speak (and write too) in order to secure a job. However, with the growth in Indian language localization, local language speaking Indians are now finding work. With the increasing popularity of Indian languages on the internet, companies now hire employees who know regional languages.

According to a report published by Reverie, Indian language Internet can create 10 million jobs by the year 2021 and could mean income growth for 400 million connected local language users.

Languages like Hindi, Bengali, Marathi, Gujarati, Tamil, Telugu and Malayalam have made a prominent place in the digital space. People are tuning in and want to know more about their new favourite actors, content creators or stories - there are also those who want to use government sites or bank online.

The demand is not restricted to Indian language translators, but also writers, interpreters and language experts. Localization includes content for websites, blogs, subtitles and more.

Many people who are not as comfortable with English, but efficient in their mother-tongues have benefitted from localization. Many language teaching sites, apps and portals have recruited individuals proficient in Indian languages.

Opportunities in Digital Marketing are opening up as well -it is very easy to find English copywriters, but when it comes to targeted campaigns that bring in all the conversions, it has been noticed that regional languages have a deeper impact. This creates a need for regional language copywriters too!

Localization of online recruitment portals will increase the number of non-English speaking applicants and thus finding a job will be easier for local language speaking Indian job seekers. This is where the need for intervention comes in too! Hence, Language Service Bureau has set up a close collaboration with industries and companies to find job opportunities for language experts.