What is Typesetting in Multilingual DTP? 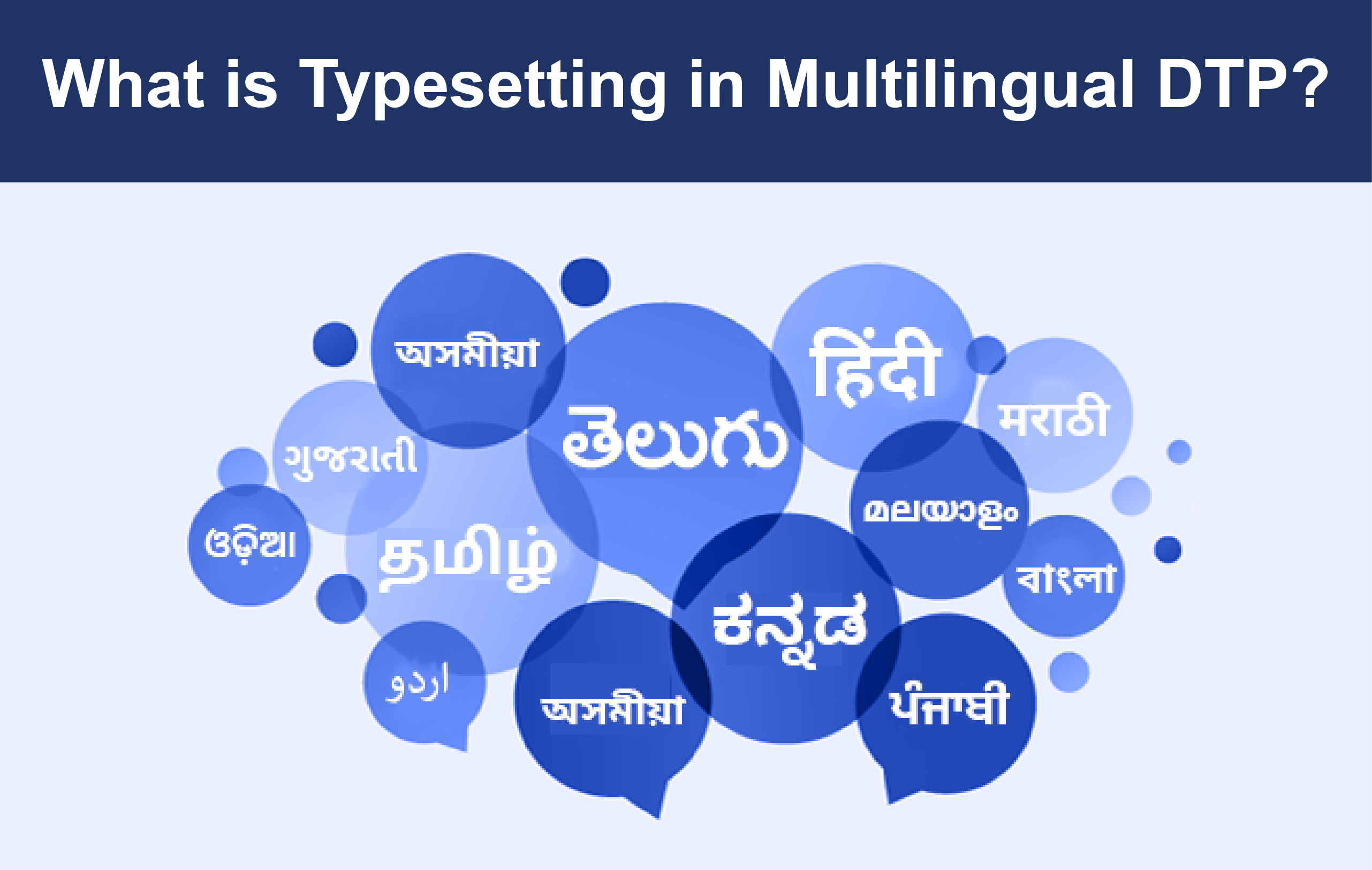 What is Typesetting in Multilingual DTP?

The following article will provide an overview of the multilingual typesetting process.

Consider the target language(s) before you begin developing the document. For example, because Korean and Arabic do not use capital letters, script-specific design elements such as dropped capitals will not translate into these languages. In other languages, such as Chinese, the convention is for paragraphs to be fully justified (no left or right alignment); therefore, this is crucial when designing your publication's look and feel. Colors can also be a source of contention. While we do not advocate to completely avoid colours, they must be handled with caution and sensitivity.

Different colours can have varying connotations across cultures; for example - while gold is associated with money and wealth in many countries, these attributes are associated with blue in Japan. These distinctions can make or break your design's success.

When translated, different languages require varying amounts of space. For instance, French and Spanish translations are frequently 10-20% longer than English. Chinese, on the other hand, is shorter than English but requires more vertical space due to the need for characters to be large enough to read. Then there's German, where compound nouns require their own larger space— simply compare the English term ‘speed restrictions' to the German counterpart,

'Geschwindigkeitsbeschränkungen,' which occupies nearly three times the space. If that wasn't complicated enough, consider languages like Urdu, where text swells in length and height to accommodate the elaborate Nastaleeq-style script, in addition to being written right to left. Leave enough white space to allow for language development, and avoid making text boxes too small!

Ascertain that the fonts you intend to employ support the typesetting language. As different languages have distinct fonts, you'd need a separate font for Simplified Chinese and Traditional Chinese, as they use distinct character sets. Additionally, consider that italics (cursive) and bold are occasionally discouraged in specific languages since they can cause legibility issues or are simply not utilised.

In most circumstances, your typesetter will need to locate a font that has a similar feel to the fonts used in the (English) source document, but a different version of the font may be available. For instance, if your organisation uses the Frutiger font and you desire to use it in a translation, you must acquire a licence for either the CE version (for Central European languages such as Polish, Czech, or Slovak) or the CYR version (for Cyrillic script) (for languages such as Russian or Bulgarian). There is even an Arabic Naskh variant of Frutiger. There are several free alternatives available online, and the majority of Microsoft Office fonts may be downloaded for free as part of the Language pack for each language. Wherever possible, choose Unicode fonts, but keep in mind that even Unicode support does not guarantee that a font will perform flawlessly on every software. To minimise costly rework, inform your translation service provider of any font preferences and always have a native language linguist examine the work following a font change.

Bear in mind that some writing systems, such as Arabic, Hebrew, and Farsi, are written right-to-left (RTL). Care must be taken with the characters and space in these languages and how the translated text fits into your artwork for RTL markets, as the layout and graphics are inverted to create a mirror image of the original English content. The text is not the only factor to consider. Not all images and graphics, particularly those including text or symbols, can be flipped. Keep an eye out for clocks as well; we've seen a few instances of poor RTL typesetting with a clock that shows the time backward!

Consider whether the images in the English leaflet are appropriate for the target market. For instance, an image of a cityscape taken in the United Kingdom may not be acceptable for a local market in the United Arab Emirates; a cityscape of Dubai or Abu Dhabi may be more relevant. Additionally, take into account the target culture and customs. In several Asian countries, it is considered impolite to point with one's toe or to present a business card with one's left hand; hence, avoid photographs showing such activities. As part of the project, your translation service provider can consult you most thoroughly in this kind of localization. To assist your typesetter, provide them with original visuals in an editable format that can be easily globalised — ideally, in.ai or.eps format.

Each language has its own set of typesetting rules, so ensure that your language service provider is familiar with them. While anyone may copy text into InDesign, they risk leaving your page looking unprofessional or inaccurate if they are unfamiliar with the language's typesetting requirements. For example, single characters such as I and 'z' cannot be left alone at the end of a line in Polish typesetting. Similarly, a few hundred Japanese characters are never used to begin a line, such as or.

RELY ON THE EXPERTS AT LANGUAGE SERVICES BUREAU

Multilingual typesetters with experience and professional translators will build the most incredible team! At Language Services Bureau, we help you bring your translations to life with our professional desktop publishing (DTP) service. We offer a multilingual DTP service, producing exact versions of original documents, regardless of language or format. We work with an integrated language-specific quality control process to ensure high-quality results every time. We also offer translation, editing, and proofreading of DTP documents.