Importance of Translation Course (for a language-enthusiast) 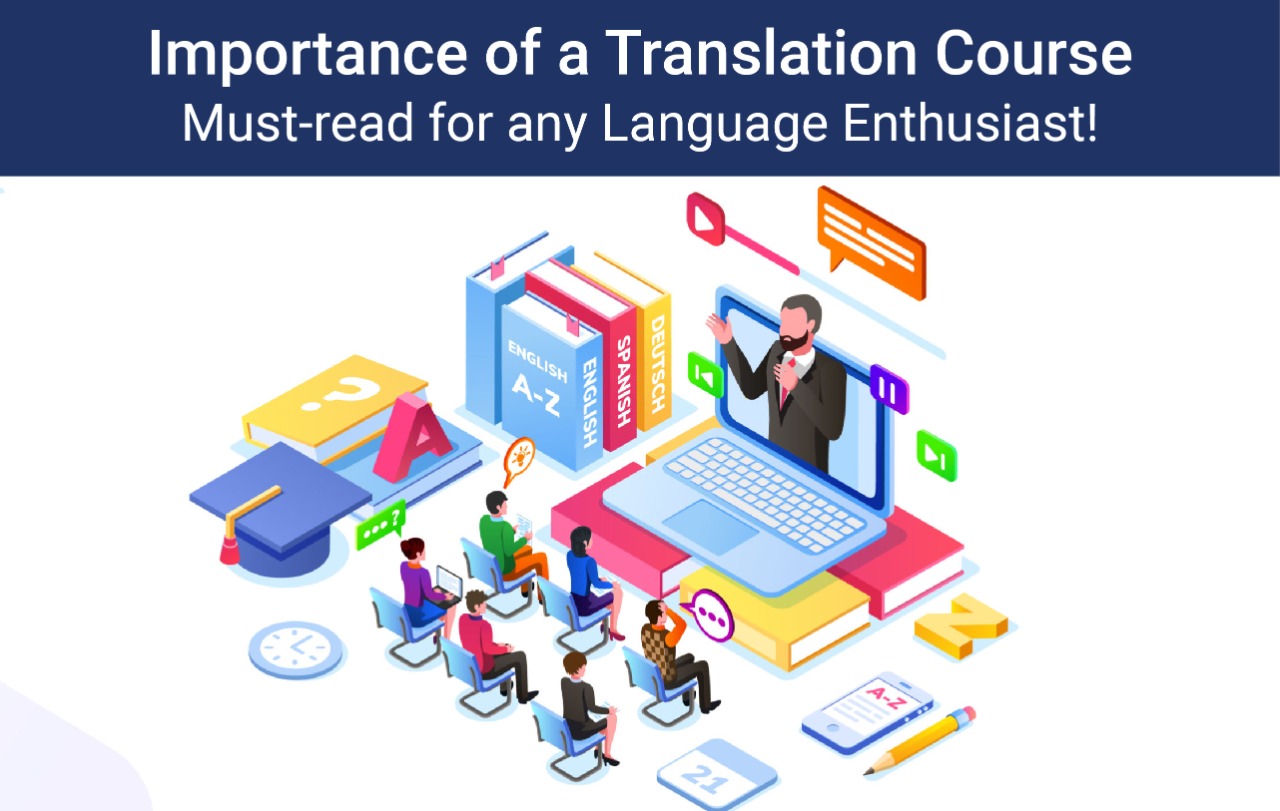 Importance of Translation Course (for a language-enthusiast)

Language translation is a very nuanced subject that takes individuals years to master. This is because languages are dynamic entities and their ability to slowly (but surely) evolve needs to be tracked, else meaning can get diluted. With language translation, this issue becomes more pronounced as there are at least two languages, the dynamic nature of which needs to be mapped with each other.

In fact, translation can be studied as a quantifiable subject and known challenges can be addressed within the course to make the art of translation more precise. For a language enthusiast, nothing is more important than that precision, since it is a quantifiable factor into how well something has been translated and how much meaning has been effectively conveyed. Let us look at some of the most important reasons why translation courses are a necessity in today’s global village.

Everyone Does Not Speak English

As potent as the legacy of British colonisation is and as much as it has helped in connecting disparate people, ethnicities and nations, most of the world yet does not speak English. And among those who do claim to speak English, a far smaller minority can actually communicate in English. Considering that Mandarin, Hindi, Arabic, Spanish, French, Russian, Tamil are languages with many million speakers each, the importance of translation can be understood. Translation Courses assist in forcing a purview where an individual can be taught the tools to map one language to the other without changing meaning.

Global Economy Depends on it

Keeping aside geopolitics for a moment and looking at the world from a solely economic perspective, effective communication (and therefore translation) are absolutely vital to keep the global economy running. The worlds’ four largest economies (USA, China, Japan & Germany) all speak different languages and must do business with each other and many other nations with their own languages or peculiar dialects of the same language. Without understanding the nuances of translation, it would be very counterproductive to try and translate. For example KFC’s slogan ‘Finger-lickin good!’ was translated as ‘Eat your fingers!’ in Mandarin. Similarly, HSBC had to shell out USD 10 Million for rebranding as their catchphrase, ‘Assume Nothing’ translated into ‘Do Nothing’ in multiple languages.

Human Strength is Communication of Ideas

Through recorded history, the flow of ideas has only been limited by the extent of translation. Today there are much fewer languages than there were historically, and brilliant ideas and notions took very long to spread. Indian numerals took almost 300 years to get to the Middle East and then another 250 years before arriving in Europe. If this were to occur in today’s era, this information would have been disseminated globally in as little as two weeks, thanks to professional translation.

Creation of a Global Culture

The world today is becoming more of a global village and supranational organisations are actually being vested with administrative and bureaucratic functions, we hope to head towards the creation of one singular culture to represent all of humanity. This herculean task cannot be accomplished without undertaking translation courses since culture requires the highest degree of preservation of meaning. Oftentimes culture is also intrinsically linked to a language and divesting culture of its language so that it can be adopted (in its entirety) by another language and people is akin to neurosurgery.


Linguists, translators and language students benefit tremendously from taking translation courses that assist them in effective and efficient translation while also preserving the meaning of the texts in their entirety.


Translation is the key to progress in today’s age and as such there are numerous opportunities springing up for translators, language enthusiasts and linguists alike. And considering that machine translations have different applications as compared to human translations and since machine translations also need humans in the loop, it seems that this field will also remain impervious to the miracles of AI and machine learning. So it falls upon humans and translation courses to help us integrate ourselves with each other, better.


So join the Orientation Course in Translation offered by Language Services Bureau if you are a language enthusiast or a dedicated translator.