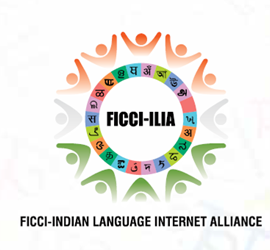 In July 2019, they held a webinar entitled “Indian Language (IL) Technology heralding an era of entrepreneurship in Digital Bharat” to speak with some start-ups and content providers like MyUpchar and Momspresso about the challenges and opportunities of hosting Indian language content.

MyUpchar (myupchar.com) currently provides medical content in 5 Indian languages along with English. The major challenge is localizing medical content since all current online data like height and weight is as per foreign standards. Another example is symptoms of diseases, e.g. malaria depend on the location where it is observed.

At Momspresso (momspresso.com), the content caters to moms and women and 80% language users consume the content. It is currently available in 9 Indian languages.

The panel mentioned that despite creating content in Indian languages, the IL search is not effective and used much since tagging happens in English on Google.

Apart from the humungous translation requirement there is an urgent need of content to be authored in Indian languages in varied fields of science, technology, medicine, lifestyle, etc. Apart from that, video creation, voice bots, etc. will require cross lingual intra Indian language translation and creation!

Lastly the question asked was how to increase awareness about Indian languages – the key is to have pride in the languages they say .. the hinterlands of India are already proud of our languages – what about city dwellers? Will it be a-la-mode sometime soon to speak in Indian languages, at least with our fellow countrymen without any kind of bias so to say?

Will we Indians start texting and mailing and searching in our own languages? Well even if we won’t, there is 85% Indian population that will, and they will be riding the Indian language internet bandwagon thus making corporates cater to their needs in Indian Languages!