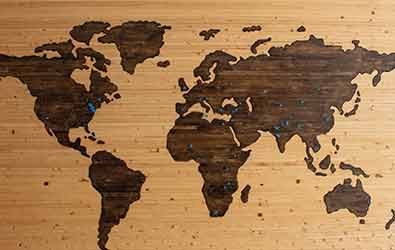 Language is a tool of communication and interaction with society from a very young age. We usually start with our mother tongue and then learn many more as we grow older. But we fail to realize that most languages that we speak today might not exist in the near future. There are many languages that might not be around in the next century.

The UNESCO provides a classification system to show just how 'in trouble' a language is: Vulnerable - most children speak the language, but it may be restricted to certain domains (e.g., home)

Severely endangered - language is spoken by grandparents and older generations; while the parent generation may understand it, they do not speak it to children or among themselves

Critically endangered - the youngest speakers are grandparents and older, and they speak the language partially and infrequently

Extinct - there are no speakers left

There are more than 6000 languages spoken in the world and of these, more than half the languages are predicted to go extinct in the next few years. Language extinction can occur for a number of reasons, including historical and cultural changes to an area like war, or more simply, just a shift in interest. When a group abandons its native language, it is generally for another that is more economically advantageous to them.

The reason for speakers of a “small” and perhaps unwritten language to abandon that language is simply the need to learn a widely used language such as English or Mandarin Chinese for economical purposes.

When a language dies, a world dies with it, in the sense that a community’s connection with its past, its traditions and its base of specific knowledge are all typically lost as the vehicle linking people to that knowledge is abandoned. Language extinction is not necessary, however, for them to become participants in a larger economic or political order, it might seem but natural. Some of the most well-known dead languages include Latin, Sanskrit, Old English, Aramaic, Ancient Greek, Old Norse, Coptic, Iberian, Etruscan and Proto-Indo-European, just to name a few.

Linguists continue to preserve languages in the hopes that if they do become extinct, they will live on and be understood as an integral part of the history of many different cultures.